The Star Wars: The Rise of Skywalker review embargo has ended and it seems the film is in for a bumpy ride. After The Last Jedi was adored by critics and despised by a portion of the fan community and Solo bombed at the box office, this finale for the Sequel Trilogy was intended to end it with a bang. Unfortunately, though, according to most critics, it’s ending with more of a whimper.

It should be pointed out that Rotten Tomatoes has no consensus about the movie, but as of this writing, it’s at 56% with 43 reviews in. Whether it eventually squeaks over the 60% mark into ‘fresh’ territory or not, it seems that this is destined to be easily the worst reviewed movie of the Sequel Trilogy (The Force Awakens is at 93% and The Last Jedi at 91%) and may become the worst reviewed Star Wars movie since The Phantom Menace (53%).

Let’s dive in with some of the positive reviews first, though it has to be said, these are all still pretty critical:

Steve Rose in The Guardian gives it three stars and says:

“The Rise of Skywalker is the send-off the saga deserves. The bad news is, it is largely the send-off we expected. Of course there is epic action to savour and surprises and spoilers to spill, but given the long, long build-up, some of the saga’s big revelations and developments might be a little unsatisfying on reflection.”

“Given the task that Abrams faced when he returned to the franchise, Star Wars: The Rise of Skywalker is an impressive achievement. It won’t please everybody, of course, but there will be plenty who find it ends the Skywalker Saga on a high.”

“Star Wars: The Rise of Skywalker, neither the best nor the worst of the “Star Wars” franchise, does exactly what it’s supposed to do: offer a heartfelt goodbye to a story arc and characters that have held pop culture in its thrall since first blasting its way on to screens in 1977. If it’s not all that it could have been, it’s also more than enough.”

Now, let’s move on to the more negative reviews:

“We need a new franchise designation for this stumbling, bloodless conglomeration of What Once Was. Rise of the Skywalker isn’t an ending, a sequel, a reboot, or a remix. It’s a zombie.”

“Unfortunately this is a soulless entity, missing a large portion of compelling character-drive and impressive action set pieces – ingredients necessary to propagating its message with power and poignancy.”

Robert Daniels for 812FilmReviews goes in hard as well:

“It’s a pitiful fall for a franchise born from the plucky self-belief of a daring vision that once walked and skipped in the expansive sky, but now only seems to exist as a fragile echoed whisper decaying in a galaxy far, far away.”

As does Justin Chang in the Los Angeles Times:

“The more accurate way to describe it, I think, is as an epic failure of nerve. This “Rise” feels more like a retreat, a return to a zone of emotional and thematic safety from a filmmaker with a gift for packaging nostalgia as subversion.”

Oof. Common to almost all of these reviews is the feeling that Disney and Lucasfilm are running scared from the reaction to The Last Jedi (despite Bob Iger insisting they weren’t). They point out that some of that film’s revelations are retconned and it walks back on the complexity until we’re back in comfy light side vs. dark side territory.

Regardless of your opinion of The Last Jedi, Disney and Lucasfilm signed off on that script knowing what was in it, and should have stuck by it simply to create a trilogy with thematic continuity. Instead, it seems that retreating into safety has resulted in a film that, at best, is being talked about as a fun popcorn ride than an actual good movie.

However, the true litmus test will be how audiences react to Star Wars: The Rise of Skywalker. Perhaps we’ll see an inversion of the Critics vs. Audience score disparity we saw with The Last Jedi. Either way, these aren’t the glowing reviews the studio was looking for. 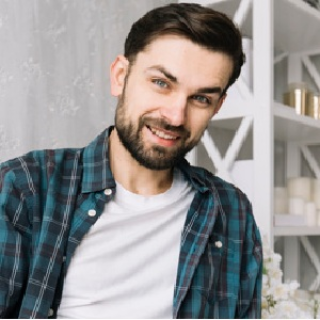 From the time I have started video streaming business, life has become much easier. Streaming business can change your life and makes your dream come true. Live streaming is becoming so popular because it’s no more expensive than conventional video marketing. The video can be monitored from virtually anywhere in the world, providing there is an Internet connection nearby. Our live video streaming can also help monitor remote locations.